When I think about religion now I have to think about it in terms of the possibility that when considering the ‘gods’ or ‘God’ of history and scripture, we are more likely dealing with an extra-terrestrial presence of some kind or an advanced civilization anyway, to put it simply. Whoever these beings, so called ‘gods’, were, they had limitations and were not, as they and others seemingly like to portray them, imagined or real, actual ‘all powerful’ ‘omnipotent’ so called ‘gods’.  Considering this, many if not all the traditions and practices around religion come into question in terms of their origins and original purpose.

Many of us are familiar with baptism in terms of the Christian tradition of initiation into the Church, whether it is undertaken as an infant or as an adult. Baptism is a sacrament in the Christian church, one of seven in the Catholic and other orthodox traditions, and one of two or three in Protestant denominations. The Christian tradition of baptism is something that comes directly out of scripture since Jesus was baptized by John the Baptist, that enigmatic character in the New Testament, who comes ‘out of the wilderness’ to preach repentance and the the Kingdom of God is near etc. etc., one whose actions and role are regarded as almost as important as those of Christ’s by theologians and scholars which is very interesting in itself. The fact of the matter is that what John was doing in baptizing people was not new or unfamiliar to Jewish traditions of the time. Baptizing with water has its roots in the Jewish tradition of ritual immersion by entering into a ‘mikveh’, a bath or pool of water, in order to be spiritually purified for worship, a tradition that had been in existence long before John the Baptist came on the scene.

These Jewish Mikveh laws in turn had their roots in water rituals and ceremonial washings that long pre-dated the codification of ritual immersion for spiritual purity. (Exodus 29:1-9, 30:17-21, 40:3-32)

Examples are numerous throughout the Torah of instructions for water rituals pertaining to the priests and to the people generally.

And in Leviticus 16:4 God instructs Aaron to wash before and after he ministers in the Holy of Holies on the Day of Atonement. “He shall put on the holy linen tunic, and shall have the linen undergarments next to his body, fasten the linen sash, and wear the linen turban; these are the holy vestments. He shall bathe his body in water, and then put them on….”

As well, in Exodus 19:10-14, water is used involving all the people. Before the giving of the Law on Mount Sinai, ‘God’ commands the people to wash their clothing as a symbolic act of purification – “the Lord said to Moses:’Go to the people and consecrate them today and tomorrow. Have them wash their clothes and prepare for the third day, because on the third day the Lord will come down upon Mount Sinai in the sight of all the people. You shall set limits for the people all around, saying, ‘Be careful not to go up the mountain or to touch the edge of it. Any who touch the mountain shall be put to death. No hand shall touch them, but they shall be stoned or shot with arrows; whether animal or human being, they shall not live.’ When the trumpet sounds a long blast, they may go up on the mountain. So Moses went down from the mountain to the people. He consecrated the people, and they washed their clothes.” So this ‘God’ character is first of all fairly wound up about making sure that everyone keeps their distance when and if he decides it is necessary when he comes down to Mount Sinai and in addition he commands the people to clean up in preparation. I guess we could consider this spiritual purification but what if it is just plain old hygiene for the purpose of avoiding germs etc? Interestingly, later in this same chapter it reads, “Mount Sinai was wrapped in smoke, because the Lord had descended upon it in fire;the smoke went up like the smoke of a kiln, while the whole mountain shook violently”.  All of this to me does not sound like some omnipotent ‘god’ transcending space and time as we know it. To me this sounds like beings transporting themselves with some kind of vehicle in order to communicate with the people and possibly being concerned about germs and / or contamination of some kind.

And that brings me to my point which is to say what if the tradition of baptism, using water ritual to initiate a person into a religion, Christianity, Judaism, has its origins in the concerns of so called gods who are in reality people from another planet and or dimension whose own health or possibly the functioning of their technology required a certain level of hygiene. What if the origin of baptism lies in purification, washing, not necessarily of a spiritual nature but just mundane, for the sake of people from another planet, that became ritualized.

If this is the case, would John the Baptist have had any idea of the origins of the water ritual he was engaging? 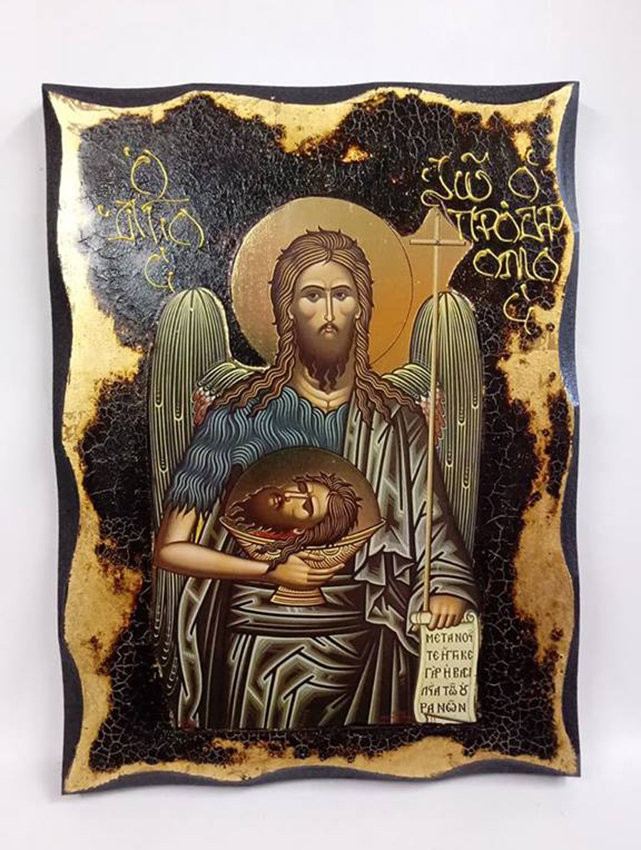