Daniel 10:21 But I am to tell you what is inscribed in the book of truth. There is no one with me who contends against these princes except Michael, your prince.

Daniel 12:1 And at that time Michael, the great prince, the protector of your people, shall arise. There shall be a time of anguish, such as has never occurred since nations first came into existence. But at that time your people shall be delivered, everyone who is found written in the book.

Jude 1:9 But when the archangel Michael contended with the devil and disputed about the body of Moses, he did not dare to bring a condemnation of slander (and / or blasphemy) against him, but said “The Lord rebuke you!”

Sura 2:98:  Whoever is an enemy to God, and His angels and His messengers, to Gabriel and Michael! Then, God (Himself) is an enemy to the disbelievers / to those who reject Faith.

Examples of Depictions of Michael in Art. 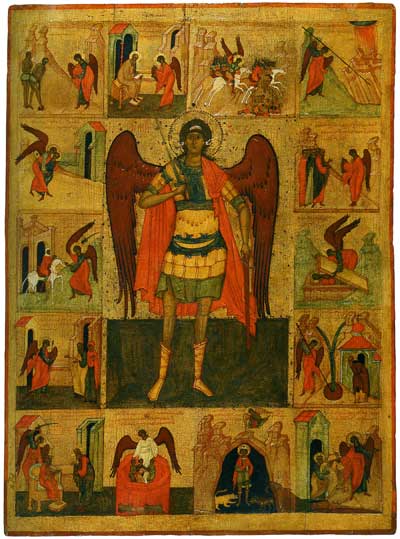 Bamberg Apocalypse: Angel and the Serpent 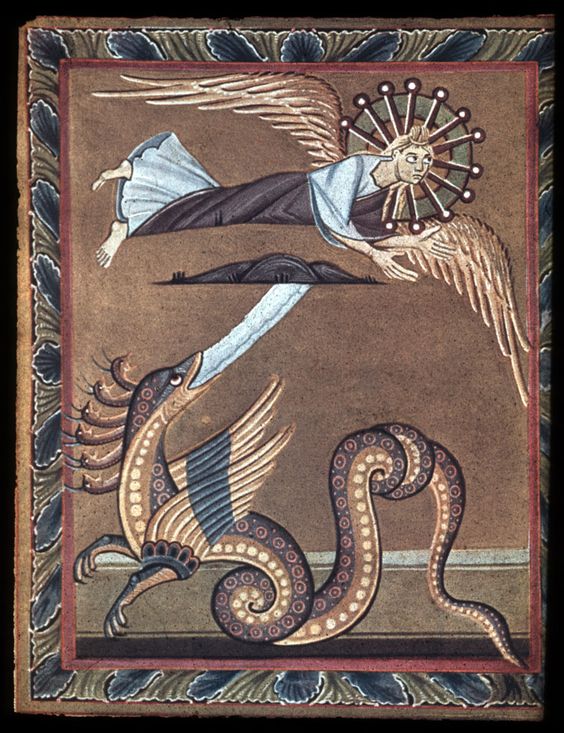 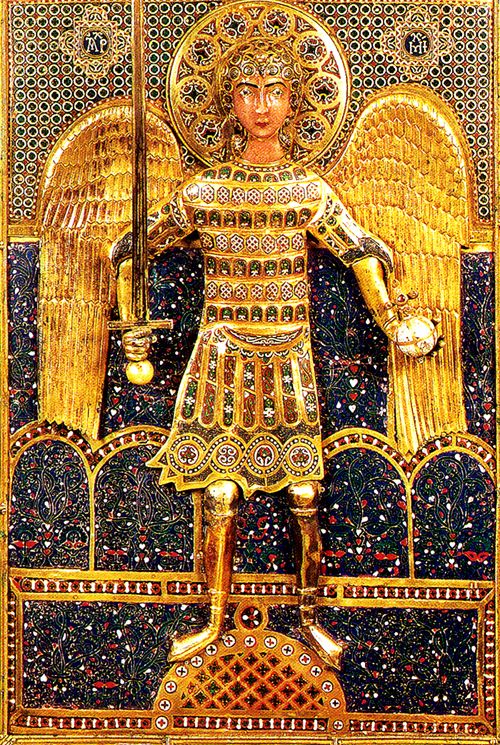