A talk that I like about Sumerian tablets and Sumerian history and what they might tell us about the origins of humans and human civilization. I like this speaker’s pace.

He outlines the connection between many of the stories in the Old Testament / Torah and the Sumerian Tablets. It’s amazing what can happen to a story over hundreds and thousands of years.

One interesting part – at around the 9:55 mark sculptured representations of humans from that time are shown in the votive pose, with their hands folded in front of them. Today we would describe it as seemingly being engaged in prayer. According to this speaker the word prayer goes back to the Hebrew word “awbad” or “avod” which goes back to the Sumerian word awbad / avod which actually means “to work for, to serve” rather than to pray. Imagine if the bulk of modern day religious expression in terms of worshipping detities etc actually goes back to a much more stark reality where humans (workers) spent their lives dedicated to working for “gods” who were actually just people from another planet and / or a different species.

Also around the 8:20 mark he talks about the Law of Hammurabi, the law given to the king Hammurabi by the god Shamash and shows a depiction from Sumer of that story. The king looks so little compared to the person, the god Shamash, imparting this law.

The Sumerians’ knowledge about the solar system and their version of of how and why Earth came to be, the idea of a planet of the crossing and the associated cross symbol in use long before Christ, and evidence as to why the version of events found in the Sumerian tablets may actually be closer to true history than anything else. 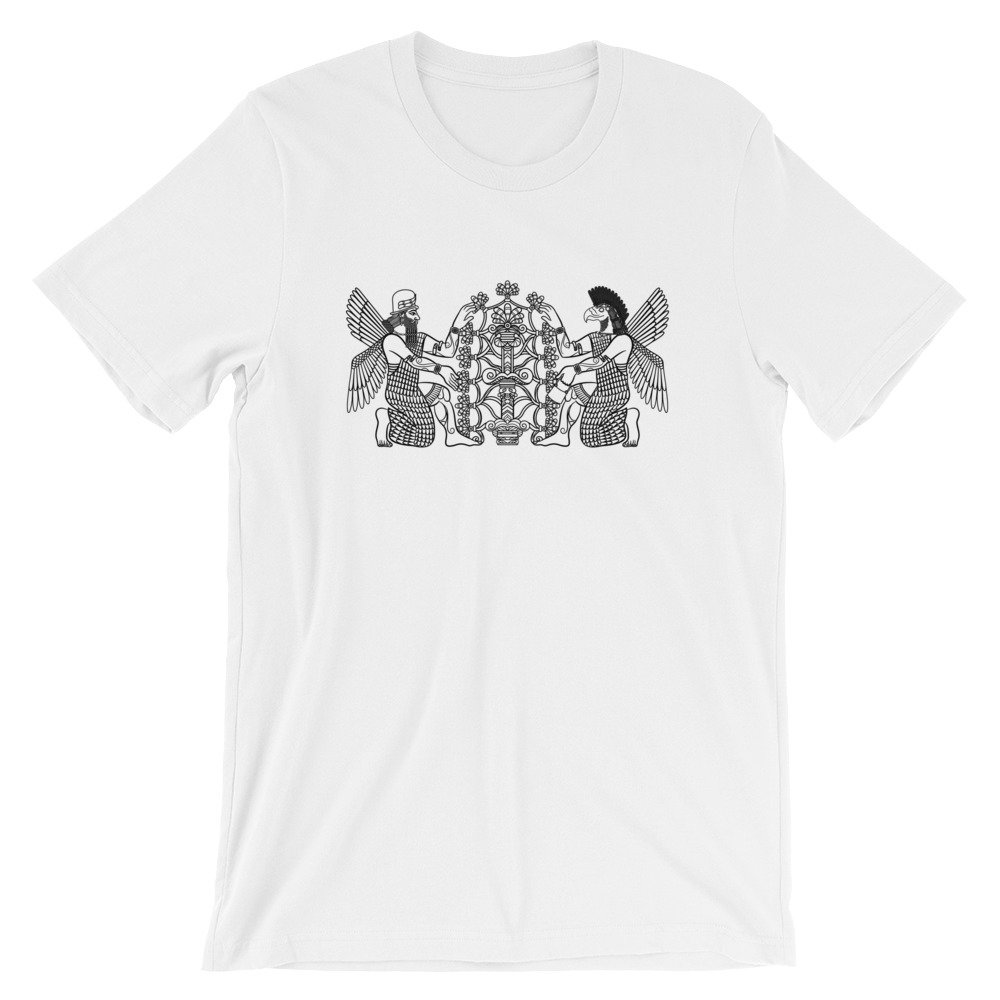